In April’2012, the union cabinet has approved a project of the Dept. of Electronics & Information Tecnology (DeitY), Govt. of India, “Development of the North Eastern Region by enhancing Training/ Education capacity in the IECT Area”.Under which 6 (six) existing NIELITs of the NE region located at Imphal, Aizawl, Guwahati, Shillong, Gangtok, Itanagar were to be upgraded as NIELITs with own campus and also create/upgrade 12 (twelve) Extensions Centres in the entire NE region in order to increase training capacity of the NIELITs in the NE region from existing 3,080 to 14,400 per annum at the end of 5(five) years. Of the 12 (twelve) Extension Centres,2 (two) were to be commissioned in Arunachal Pradesh at locations Pasighat and Tezu under NIELIT Itanagar 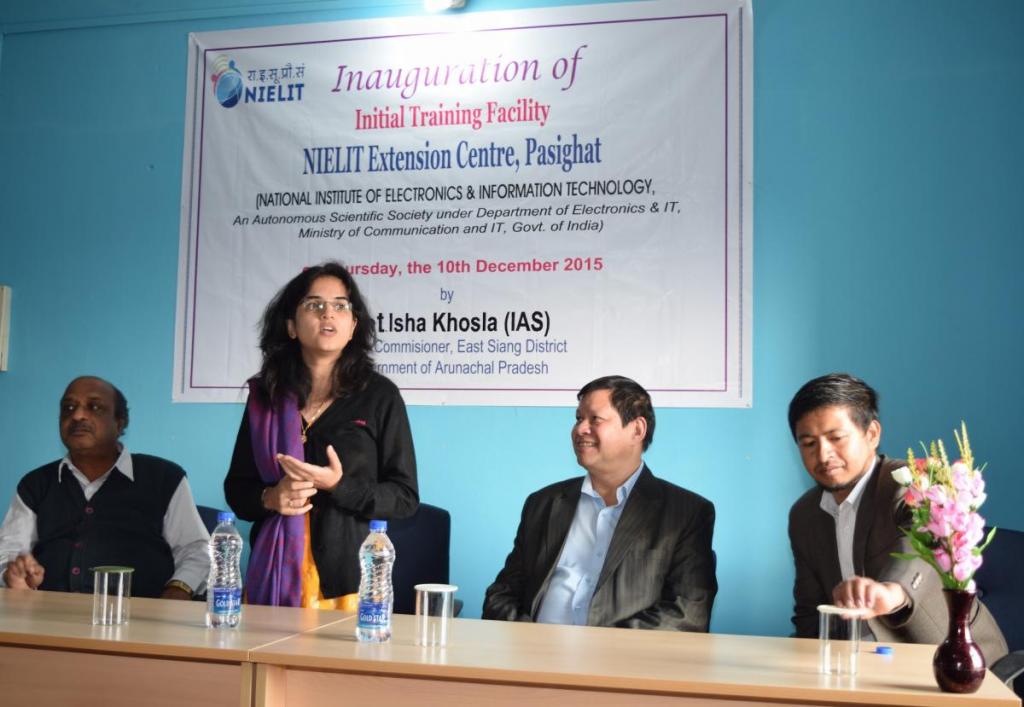 The NIELIT Pasighat Extension Centre was established and is operational since December ’2015 in rented premise located at UD Building, Gumin Nagar, Pasighat - 791102. NIELIT Pasighat Extension Centre whose mandate is to  provide up-to-date industry relevant training programs in the areas of Information, Electronics and Communication Technology (IECT) in the non-formal sector, will start operating from it’s own permanent campus in land provided by the Govt. of Arunachal Pradesh near the present temporary campus.